The car brand BMW is associated with the speed available to everyone. These are cars produced serially, but with all the signs of elite transport.

The automobile brand BMW counts down its history from 1917 when two small aircraft engine companies are merged into one company, named Bayerische Motoren Werke (Bavarian Motor Works). And the logo reflects the main direction of the company – the manufacture of aircraft engines.

The first car, released under the BMW brand, was called Dixi (Latin – “I said”, “I said everything”). This is how the ancient Roman philosophers finished their monologues. Indeed, the high-speed compact car Dixi became a new word in the automotive industry, setting a record speed of 1920-1930-ies.
One version of the logo design appeals to the flag of Bavaria as the main object of this logo (on the flag alternate blue and white rhombuses). And really, why not consider this version?

However, after the defeat of Germany in the First World War, the ban on the production of military equipment (including aircraft engines) almost led to the collapse and BMW. And only a quick redirection saved the brand from ruin. The company began to produce engines first for motorcycles, after for cars and, in the end – actually cars. 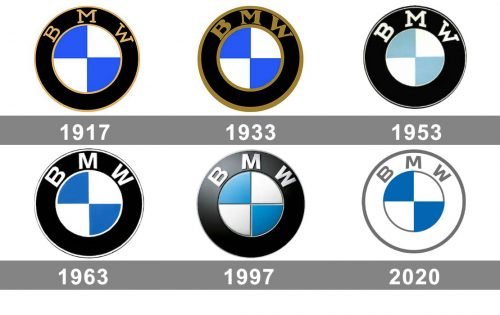